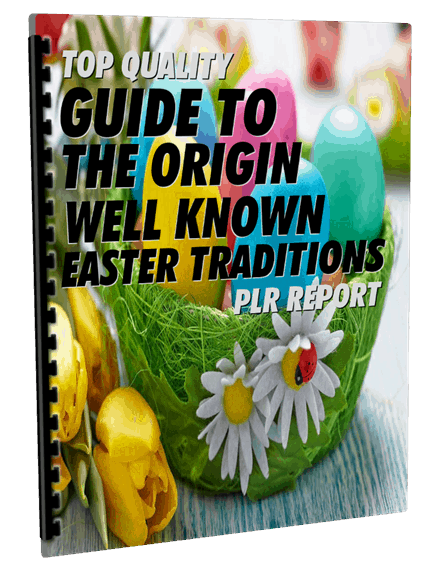 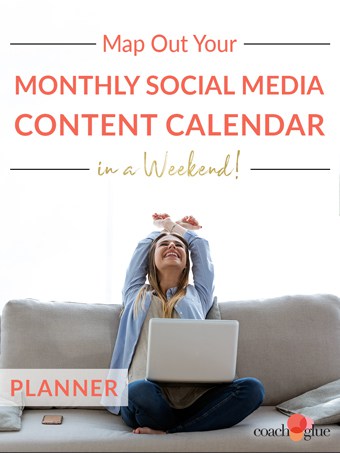 Number of items in cart: 0

Guide to the Origin of Well-Known Easter Traditions

Millions of people celebrate Easter throughout the world. Some do so from a religious standpoint while others celebrate from a strictly secular viewpoint. No matter how your family chooses to commemorate the holiday, your children may have asked where the Easter bunny and other traditions come from. This report will try to answer those questions for you as well as give you ideas on how to help your children understand the significance behind the holiday rather than focusing solely upon the Easter bunny, Easter eggs, and candy.

Many people don’t realize that Easter began prior to the advent of Christianity. In fact, many historians agree Easter started from a pagan holiday to honor the Babylonian goddess Ishtar who was the goddess of love and fertility. Others believe it started from the Anglo-Saxon’s celebration in honor of their goddess of spring Eostre. At any rate, it didn’t start out as the Christian holiday celebrated today.

It was common during the early history of Christianity for pagan holidays to be absorbed in hopes that pagans would turn to the Christian faith. If they could still celebrate their own holidays, they might not feel so out of place when joining the new religion. In this regard, early Christian leaders recognized the proximity of Jesus Christ’s resurrection with the pagan springtime celebration. Since the two days were commemorated so closely, it was easy to incorporate some of the Easter worship with that of the resurrection of Jesus the Christ.

Another holiday which is often celebrated at the same time as Easter and Jesus’ resurrection is the Jewish holiday Pesach, or Passover. This holiday was celebrated as early as the Israelite’s exodus from Egypt thousands of years earlier. According to many Jewish rabbis, Pesach and the traditional observance of it, points toward the coming of the Messiah for the Jewish people. Although many people believe Jesus was the Jewish Messiah, Orthodox Jews believe this Savior is still to come and celebrate Pesach waiting for His arrival.

Since the early Christians were absorbing many of the holidays the pagans celebrated, it isn’t unreasonable for them to associate some of their symbols, as well. These include, but are not limited to, decorated eggs and rabbits which are so much a part of the current celebrations for the holiday.

Guide to the Origin of Well Known Easter Traditions

When is Easter celebrated?

It is for the previously stated reason Easter may be in either March or April. Jewish calendars are lunar-based and the new month doesn’t begin until the new moon, Gregorian calendars are solar-based and months are predetermined in order for the equinoxes to arrive at the same time each year. Easter has been celebrated on the first Sunday following the spring equinox since 325 AD when the Council of Nicaea put the “Easter Rule” into effect.

Because Easter sprang from pagan origins, it may or may not surprise you to find out that the Easter bunny did, as well. In fact, hares and rabbits had been symbols of fertility for centuries. If you take into consideration how prolific a pair of rabbits is and how quickly one pair can turn into hundreds of rabbits, it’s no wonder the ancient pagans saw the rabbit in this way.

One story which may explain why Easter bunnies are associated with eggs is found in Anglo-Saxon mythology. The myth states Ostara (known by Ishtar, Astarte, and other names in other mythologies) had a pet bird. While entertaining a group of children, she changed the bird into a rabbit. Soon after the bird was changed to a rabbit, it laid brightly colored eggs.

Germans also associated the rabbit with Easter and may have done so as early as 1500 BC. They had tales and folklore where “Oschter Haws,” or a large hare or rabbit, would go around laying eggs for the children to find. When German emigrants moved to Pennsylvania in America, they brought with them their traditions including the concept of an Easter hare leaving eggs. As time passed, the tradition became better known and finally became enmeshed in the celebration of the holiday.

According to the Germanic tradition, children would create nests out of girl’s bonnets and boy’s caps in hopes the Easter hare would lay colorful eggs in the nests. The Easter hare became the Easter bunny by the 19th century; at this time, however, the holiday wasn’t wide spread. It wasn’t until after the Civil War that the holiday was made into a national holiday. And, even though no one has ever seen a rabbit or hare lay an egg, they remain to this day as the sole bringer of dyed eggs (and now chocolate or other confections) on Easter morning.

Children enjoy finding Easter eggs almost as much as they like eating them, especially if they’re filled with chocolate or other candy. You can also purchase a set of eggs, called Resurrection Eggs, which tell the story of Jesus’ resurrection through the various items which are hidden in the eggs. You may wonder where the idea for Easter eggs began.

When you think about life in the physical sense, it’s easy to see how the ancient Romans believed that all life came from an egg. In some senses that’s true. You can also understand how the egg came to symbolize birth and rebirth. They are often considered to be a symbol of Jesus’ resurrection but the beginning of the Easter egg also has pagan roots.

One ancient Babylonian myth tells of the goddess Astarte (also called Ishtar or Easter) who was hatched from a giant egg which had fallen from heaven. It was for this reason the egg was associated with Easter. It is also a symbol of fertility which was also one attribute given to Astarte.

Some folklore from long ago claims the use of Easter eggs began with the Druids in their celebration of spring. The truth is many cultures have used dyed eggs including ancient Egyptians, Persians, Greeks, and Romans. Some people have wondered how such a pagan symbol could come to be used within celebrations for Christianity.

You can add the articles or content to an ebook or product that you plan to sell or give away for individual use.

You can modify the content by removing, adding or otherwise editing to suit your needs.

You can add your affiliate links, product links, Adsense and other ad code.

You can bundle the content into a viral report, free ebook, product or bonus for your customers.

You can translate it into another language and resell with personal use rights.

You can add the content as a autoresponder email series.

What you CANNOT do:

1 – You cannot give any type of resell rights to others. In other words, you can sell this stuff, but your customers can’t.  Why?  This protects all our members and helps ensure there is a consistent limit on the number of sellers of this PLR. We allow 100 members/sellers maximum. Period.

2 – You cannot submit any of the content provided by Buy Quality PLR to reprint article directories or other websites which accept reprint content even if you have edited or reworded the content.

Why? Because many article directories won’t take PLR articles. If everyone started submitting similarly written articles to these directories it wouldn’t be fair for the directory owners, their users or our members. Be fair to everyone involved and don’t do it, even if you feel you’ve edited or reworded the article.

Simply share this and a 20% discount will be applied to your purchase at checkout.

Latest From Our Blog

How (and Where) to Sell Your PLR Products

How (and Where) to Sell Your PLR Products This report is all about how to profit with PLR. That means selling your products. I’ve highlighted a few moneymaking methods for PLR content earlier. Let’s take some time now to give you some specific ways to sell your creations. This includes how you should go about

8 Ways to Profit from PLR

8 Ways to Profit from PLR The ways to profit from PLR are endless. You can use it to drive traffic and build email lists. You can sell it as e-books, article packages, or print it out and use it as snail mail direct marketing materials, and physical books. Here are some of the more

How to Rebrand Your PLR

Rebranding PLR Content Before we start rebranding your PLR, remember to check your license. If you buy nonexclusive content with resale rights (RR) or master resell rights (MRR), you don’t have the right to edit the content. You can’t rebrand it. You have to use it or sell it as is. These means when you